The downtown area of Nashville features a diverse assortment of entertainment, dining, cultural and architectural attractions. The Broadway and Second Avenue areas feature entertainment venues, night clubs and an assortment of restaurants. To the north of Broadway lies central business district of Nashville, Legislative Plaza, Capitol Hill and the Tennessee Bicentennial Mall. Cultural and architectural attractions can be found throughout the city. The downtown area of Nashville is easily accessible. Three major interstate highways converge near the core area of downtown and many regional cities are within a day’s driving distance. 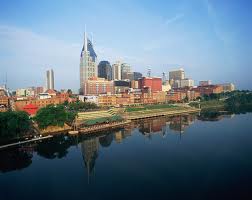 The Life and Casualty Tower which is the first skyscraper of Nashville was completed in nineteen hundred and fifty seven. It marked the beginning of construction of high rises in downtown Nashville. There was a lull in construction until mid two thousands, after the construction of the AT and T Building in nineteen hundred and ninety four. Locals commonly call it as the “Batman Building”. Many new residential developments have been constructed or are planned for the various neighborhoods of downtown and midtown. A new high rise office building, The Pinnacle, was recently opened in two thousand and ten. Many civic and infrastructure projects are either being planned, in progress or recently completed. A new MTA bus hub was recently completed in downtown Nashville, as was the Music City Star pilot project. Several public parks have been constructed, such as the Public Square. Riverfront Park is scheduled to be extensively updated. The Music City Center, a convention center project, has been approved for downtown area and is currently under construction.

There are a number of parks in Nashville. Metro Board of Parks and Recreation owns and manages ten thousand and two hundred acres of land and ninety nine parks and greenways. Warner Parks with an area of more than two thousand and five hundred acres homes a learning center, scenic roads, hiking trails and horse trails. It is also the home of the annual Iroquois Steeplechase. The United States Army Corps of Engineers maintains parks on Old Hickory Lake and Percy Priest Lake.