Incorporated on February twenty seventh of eighteen hundred and fifty, Sacramento is the oldest incorporated city in California. During the early eighteen hundred and fifties, the Sacramento valley was devastated by floods, fires and cholera epidemics. Despite this, because of its position just downstream from the Mother lode in the Sierra Nevada, the new city grew and its population increased. 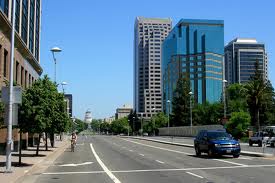 Sacramento has a story of Chinese resilience to say and its Chinatown stands testimony to this. Throughout the early eighteen hundred and forties and fifties, China was at war with Great Britain and France in the First and Second Opium Wars. The wars, along with endemic poverty in China, made many Chinese immigrants herd to America. Many first came to San Francisco, which was then the largest city in California, which was known as “Dai Fow”, meaning the big city and some came eventually to Sacramento, then the second largest city in California and known as “Yee Fow”, meaning Second City. Many of these immigrants came in hopes for a better life as well as the possibility of finding gold in the foothills east of Sacramento. Sacramento’s Chinatown was located on “I” Street from Second to Sixth streets. Throughout Sacramento’s Chinatown history there were fires, acts of discrimination and prejudicial legislations such as the Chinese Exclusion Act that was not repealed until nineteen hundred and forty three. The Chinese remained resilient despite these efforts. They built their buildings out of bricks just as the building guidelines established. They helped build part of the railroads that span the city as well as making a great contribution to the transcontinental railroad that spans the United States. They also helped build the levees within Sacramento and the surroundings. As a result, they are a well recognized part of Sacramento’s history and heritage.